Allan Leverone is the author of nearly thirty books and countless short stories. In 2015 his thriller, FINAL VECTOR, spent two weeks on the New York Times bestseller list and six weeks on the USA Today bestseller list as part of the Deadly Dozen collection. He has multiple times been a finalist for the Derringer Award, given annually for excellence in short mystery fiction, and in 2012 his story, “Lessons Learned,” won a Derringer in the Flash Fiction category. His latest book, CHASING CHINA WHITE, was released in September 2019 by Shotgun Honey, the novella imprint of Down & Out Books.

Born in Massachusetts in 1959, Allan grew up an insatiable reader. He graduated the University of Notre Dame in 1981 with a degree in Business Administration, but was hired in March, 1982 by the FAA and has made a living ever since as an air traffic controller. He spent twenty-five years working traffic at Boston’s Logan Airport before retiring from the FAA and hiring on with a private company as a contract controller.

In the early 2000’s Allan blogged at FoxSports.com, but a couple of years into that experience came to the realization that what he really wanted to be doing was writing fiction, so in the fall of 2006 he began work on his first novel. In the ensuing years he has written twenty-one more novels and five novellas in a career that has seen more ups and downs than any of the airplanes he’s controlled. 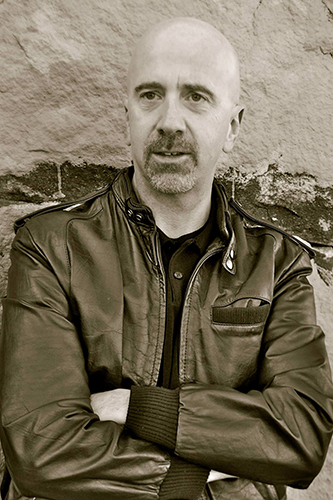 Allan Leverone is the New York Times and USA Today bestselling author of nearly thirty books and countless short stories. His dark thriller, MR. MIDNIGHT, was named one of the “Best Books of 2013” by Suspense Magazine. The Derringer Award-winning author lives in Londonderry, NH with his wife of nearly forty years, three grown children, three beautiful grandchildren, and a pair of cats who have used up sixteen lives between them.